What is a build definition as code?

The concept of a build definition as code as it relates to a build server for continuous integration means using an actual declarative language to define how your build should works instead of using a web user interface to define your build steps. You can use a general purpose programming language, a domain specific language or some other declarative construct to indicate how your build your system. 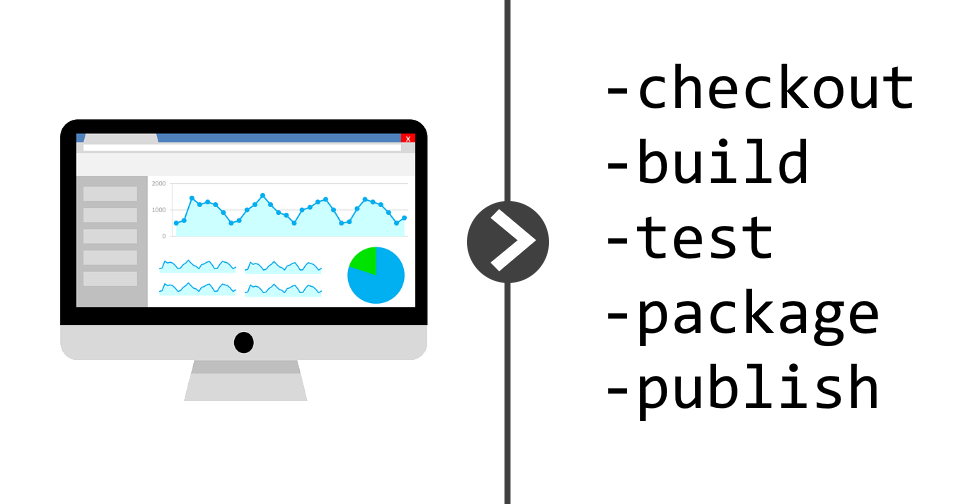 The beauty of this approach is that it is just text. No complicated UI to learn, no hundreds of clicks just to get a build to run. You type in the commands in a text file, commit that file with the rest of your application and the build server has access to it for executing your build process. 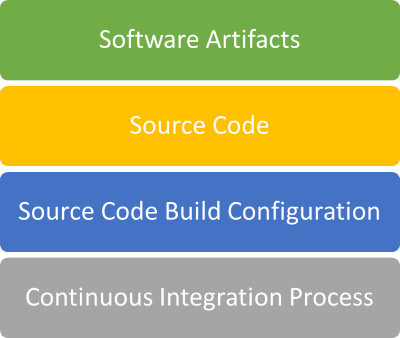 We layer on the things required to get our CI build working. The Continuous Integration Process is your selected vendor where you then use their UI to create your Source Code Build Configuration which when ran will bring in your Source Code assets to ultimately create Software Artifacts.

Why Define Builds As Code?

To a certain degree we have had this ability for years in the from of a local build scripts. I've long been a proponent of using your build script tasks verbatim on your developer machines as well as in your continuous integration environment. This was probably a 80:20 ratio of actually working in practice. There were always a number of task processes, server specific implementations or configurations that you had to buy into. Many times it didn't make sense to wrap these steps into your task runners. It was just something that had to be done. I think that with the pervasiveness of cloud solutions that that high of a ratio is even lower as it just isn't as practical to keep them the same.

You might have a few reason that you might want to keep your build configuration with you code:

One of the drawbacks with this approach is that you'll have to adopt a particular schema for your build definition. Depending on the how your build server actually implements the definition you might even need to implement it in a language your organization doesn't have specific skills in.

Many of the build tools and services already support this approach: 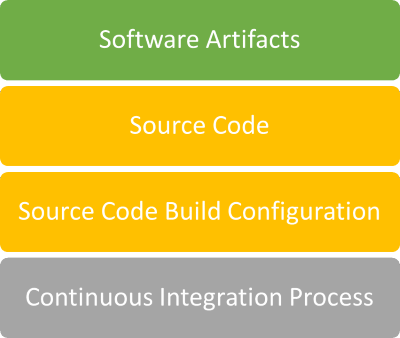 Again we layer on the things required to get our CI build working. The Continuous Integration Process is your selected vendor with a subtle but significant change is now your Source Code Build Configuration is defined in a text based declarative language that we are brining in from source control which when ran will bring in your Source Code assets to ultimately create Software Artifacts.

We also have the ability to declare our your systems infrastructure in a vary similar manner. 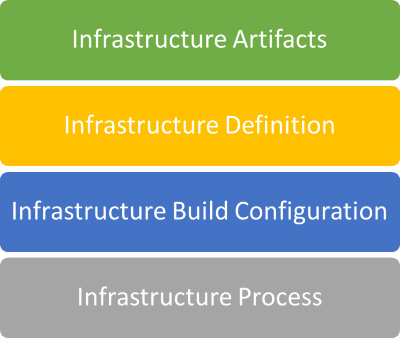 Outside of of the production environment benefits of infrastructure as code being versioned other benefits include:

Now we two automated stacks for applications and the environments they run in. This is a positive step and we're bringing our infrastructure into our software development process. 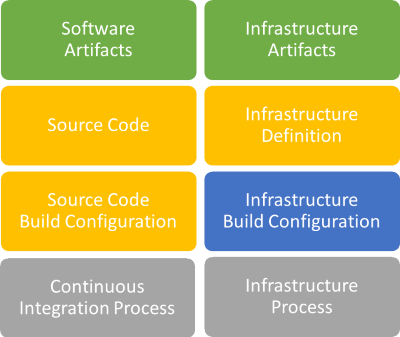 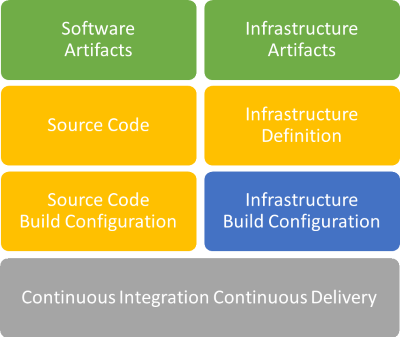 Specifically relating to Azure I wrote previously about using ARM templates in your build and deployment process which a major piece of this puzzle. Being able to put your infrastructure definitions for your system in a versioned state with your source code is useful on many fronts. 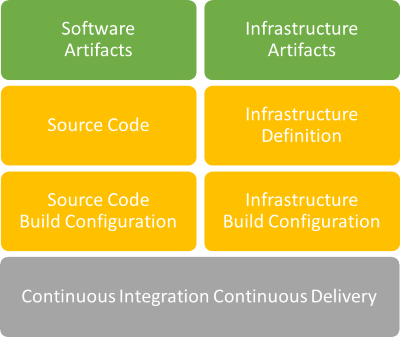