Feature branches are not evil

I seem to get a lot of source control, build and other CICD content in front of me during the course of a day. One of the reoccurring themes that comes up occasionally is against feature branching. The argument usually suggests the following approach.

when doing feature branching your CI stands for "continuous isolation" 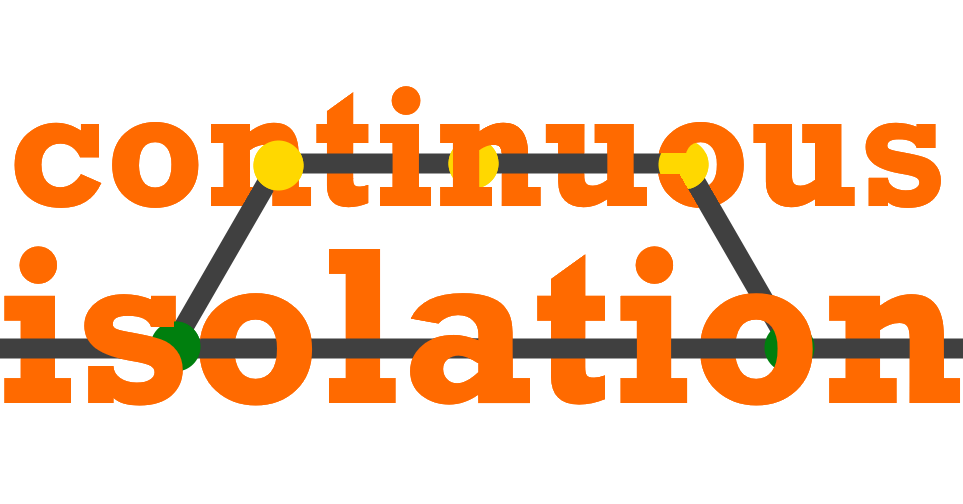 Most of the time the author is really against long living feature branches for which I can agree with. There are also a number of times where the author will seem to think that you won't run any of your CI automation when you have any flavor of a topic branch in flight. This, I certainly do not agree with. Similar to having a scheduled trigger to keep your builds happy I think that having your branch spec setup to build almost every branch you push is a good place to start or at least have some common agreements within your team so that you always build master,develop,feature/*, hotfix/*, bugfix/* and release*/*. By setting your CI up this way you get constant feedback to your developers on their work in progress from the build process and possibility you'll be able to see how your topic branches will handle in your deployments as well.

The moral of the story is that you do not have to be isolated when you are working things in a branch. Every dot on the graph potentially gets a pipeline for it.

As for how you actually pull this off. With a little bit of git know how you can keep your topic branches current with what is going on in your mainline. Learn rebase. It keeps things clean.